A Brief Introduction To The History Of Belt Buckles

The humble belt buckle is a ubiquitous accessory that is a part of most wardrobes. Although it is often considered to be a utilitarian item to keep pants in place, a buckle has a more prominent role as a fashion accessory for both men and women. Available in an assortment of styles, sizes, and materials, it is a great way to jazz up even the most simple and basic outfits. But the buckles we know and love today have evolved over hundreds of years. Even though most of us associate their classic style with the old, iconic Western movies and cowboys, it was actually the Roman soldiers and Chinese nomads who embraced this accessory in the Middle Ages. Back then, it served more of a functional purpose and was used to keep a soldier’s sword or to fasten a loose tunic. However, there were also noblemen who used ornate and bejeweled buckles to display their wealth and financial prowess.

The first buckles that were used by the Romans were made of iron and were either square or in the shape of a D, but with time, they started to feature more intricate designs and made use of various other types of materials, including bones.

Buckles in the United States

During the early 1800s, most cowboys wore suspenders, and even though belt buckles had arrived in the US by then, they steered clear of the accessory because of the fear that it would injure them while riding. With the beginning of the Civil War, friction buckles, which were mostly made of brass, were introduced for the military. These buckles were used in belts that didn’t have holes and had to be pulled right to keep them in place. As the war proceeded, the local blacksmiths started mass producing the buckles and selling them at much cheaper prices, and eventually, the cowboys started wearing them too.

By the start of the 20th century, there were hundreds of manufacturers creating high-quality belt buckles, including sterling silver buckles. It was also during this time that Hollywood began the trend of romanticizing rodeos and cowboys and sought to enhance the distinctive elements in the cowboy attire, and that included the buckles as well. In the early 1900s, cowboys mostly wore regular belts and buckles, but by the 1950s, that changed because costume designers created flashier and much more ornate designs in a bid to make the quintessential cowboy outfit shown on the silver screen more memorable. These films and their fashion were so influential that people in rural America and even real cowboys got hooked to them. Even though the shiny, big buckles were not practical for working, their sartorial appeal trumped it all.

At Max Lang, we create handcrafted silver buckles that are influenced by some of the older, iconic styles. For more than five decades, we have been producing sterling silver buckles of the finest quality, which offer the perfect blend of the classic aesthetic and more contemporary design. Choose from our wide selection of silver buckles that include animal buckles, dress buckles, custom belt buckles, and more.

When it comes to slaying your everyday outfits, sometimes even the smallest little detail can make or break a look, and the belt is the perfect example. A seemingly inconspicuous accessory, belts can surprisingly have a significant effect on your outfits, whether casual or formal. This is especially true when it comes to more eye-catching [...]

4 Tips To Choose The Right Pair Of Cufflinks

Accessorizing right is a piece of advice that is not restricted to the ladies. Men need to pay heed to certain things when it comes to styling their attire in order to make a statement. With the right kind of accessories, a man gets to ace the chic look while exuding charm and confidence. Talking [...]

3 Awesome Tips To Perfectly Styling Your Outfit With A Belt

When it comes to putting together an outfit, belts undoubtedly play a crucial role. If a good belt is capable of making an outfit stand out, the wrong one will make you look like a mess. Belts do so much more than simply ensuring your pants stay put and may be styled with almost every [...]

Money Clips: Fashion Trend That Is Here To Stay

The days of carrying a wallet are although not over but what we also totally love are money clips. Now a fashion statement, money clips have been around for little more than a hundred years. With paper money coming into fashion, they became a thing and soon after became a trend. In their initial days, [...]

4 Ways To Accessories Your Tuxedo For The Next Formal Event

When it comes to attending a formal event, what most male folks prefer to wear is a tuxedo. A stylish tuxedo look not only catches eyes but elevates the man’s overall personality as well. But if you look closely, you’ll see that wearing a tuxedo makes you virtually indistinguishable from others. When you want to [...]

Whether it is for the holiday season or a birthday, finding the perfect gift for the men in your life isn’t an easy task. Before you settle for yet another stereotypical gift (read wallets), take some time to really think about what the person and the kind of present they would like to unwrap on a special day. And to [...]

BUCKLE UP WITH FLAIR!

The ideal accessory is to any outfit, as the ideal punctuation mark is to any sentence! In both cases, the impact is in elevating the statement. In the language of style, the importance of great accessories to any wardrobe cannot be emphasized enough... powerful little attention-getters that should reflect your unique personality and taste.One easy [...] 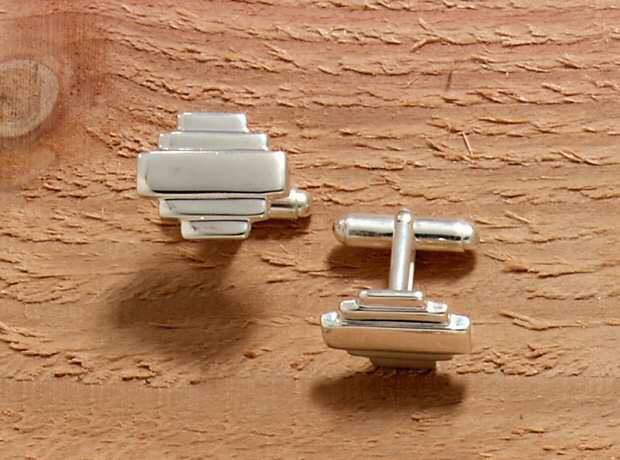 It is said that after the publication of the famous novel “The Count of Monte Cristo” by Alexander Dumas (1844), the popularity of cufflinks surged among the wealthy class. A main character in the book, Baron Danglers, was said to wear huge diamonds on his shirt-cuffs that “sparked great envy when onlookers gazed” at him. [...] 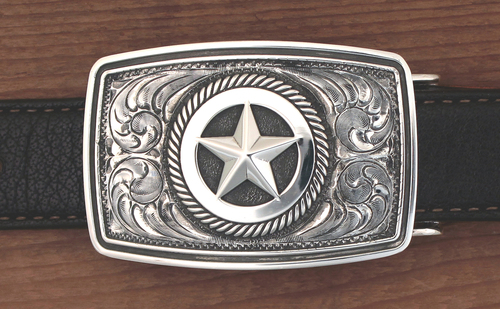 Silver accessories are beautiful, timeless and immensely versatile. Although, no matter what kind of sterling silver accessory or jewelry you own -  custom belt buckles, cuff links or rings - taking proper care of them is imperative if you want to maintain their beautiful shine and luster. This is mainly because of sterling silver’s composition, which makes it highly prone [...]